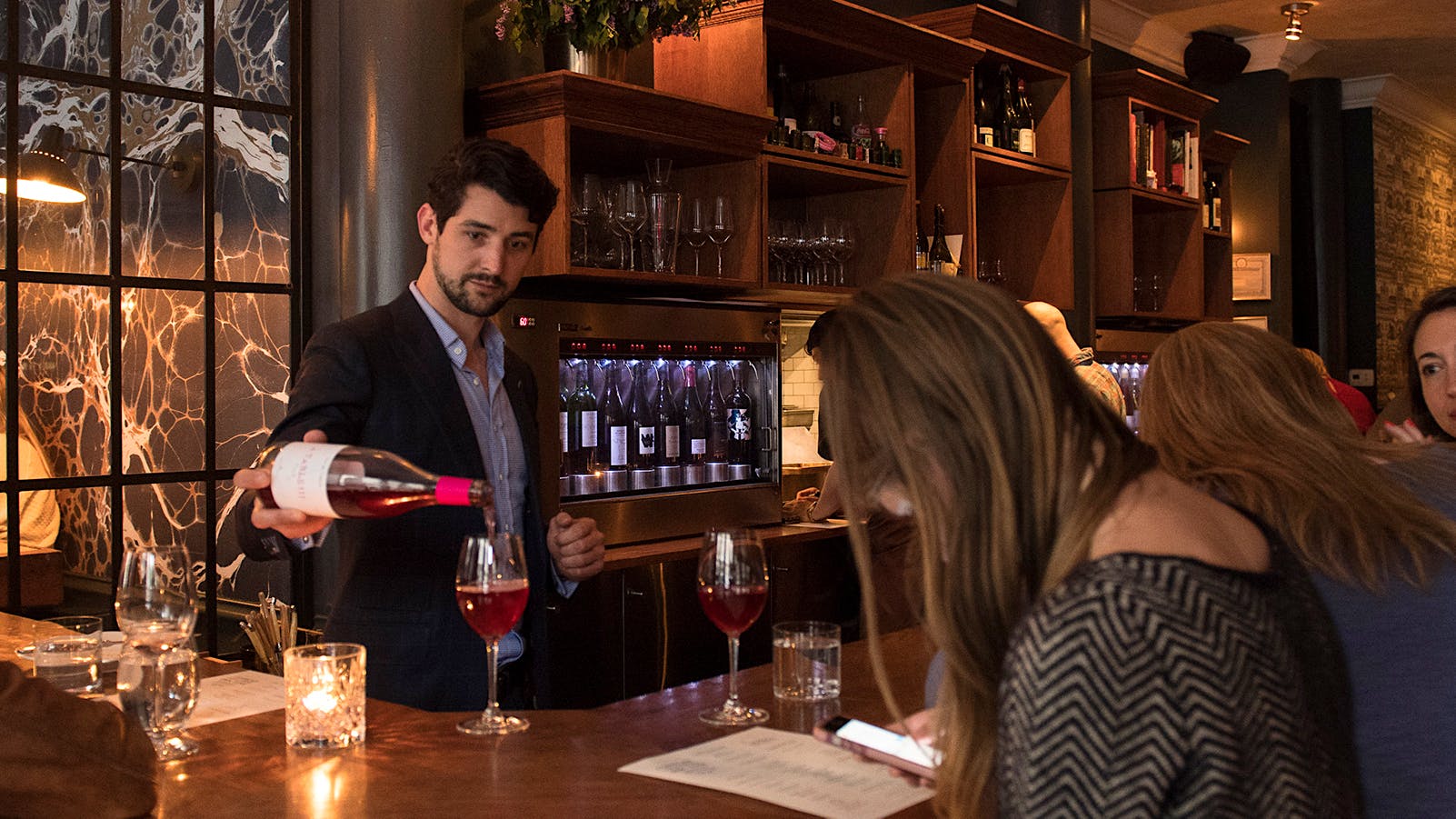 Caleb Ganzer, wine director and co-owner of the popular New York City restaurant La Compagnie des Vins Surnaturels, has been arrested and charged with arson for allegedly setting fire to garbage and to outdoor dining structures outside other restaurants in lower Manhattan in three separate incidents this year. The Manhattan District Attorney’s Office has charged Ganzer with two counts of arson, two counts of criminal mischief and three counts of reckless endangerment.

“Every act of arson has the potential to spread rapidly, endangering the lives of New Yorkers and [New York Fire Department] members,” said New York City Fire Commissioner Daniel A. Nigro, in a statement. “Thankfully in these incidents there were no injuries and the suspect has been apprehended before another fire could be set.”

According to FDNY, Ganzer allegedly set fire to an outdoor dining structure owned by Forsythia Restaurant on Stanton Street on Jan. 8, 2021. On June 26, a pile of garbage was set ablaze in the early morning hours on a street corner just down the block from La Compagnie des Vins Surnaturels. The latest fire occurred on July 13 at an outdoor dining structure owned by Prince Street Pizza.

FDNY released a surveillance camera video of the most recent incident. A slim man with dark shaggy hair approaches the shed from across the street, pulls out a lighter and sets a napkin dispenser on one corner of the structure ablaze. He crosses to the other side of the shed, lights another dispenser and then quickly walks away.

Ganzer is co-owner and managing director of La Compagnie des Vins Surnaturels, which opened in New York’s Nolita neighborhood in 2014. The restaurant’s laidback vibe is backed by a serious wine program run by Ganzer, which boasts well over 1,000 wine selections with particular strengths in French wine regions. Ganzer previously worked as a sommelier at Grand Award winners Daniel and Eleven Madison Park before taking over the program at La Compagnie.

Fire officials did not indicate what motive Ganzer, 35, might have had for starting the fires. He could not be reached for comment.

In an email to Wine Spectator, a spokesperson for La Compagnie des Vins Surnaturels said, “We as a company are aware of the incident, and Mr. Ganzer is on a leave of absence. If there are any other follow up questions at this point, we have no further comment.”