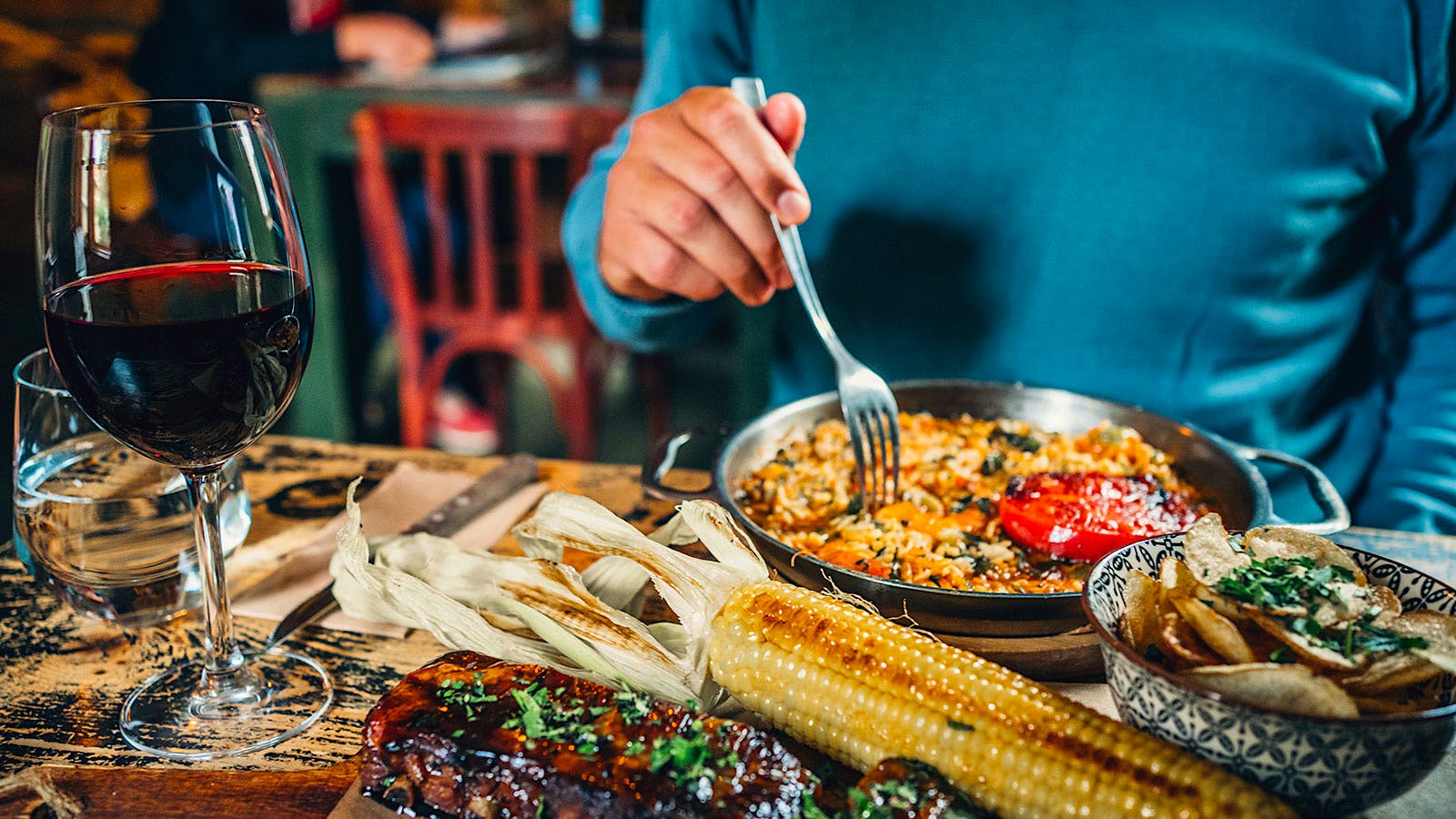 Are you cutting back on wine to cut calories? Maybe you shouldn’t. As one food scientist pointed out during a health webinar last month, moderate wine intake during meals may help boost metabolism and support weight loss.

On June 8, Dr. Rosa Lamuela-Raventos, associate professor of nutrition and food science at the University of Barcelona and member of the Spanish Biomedical Research Centre in Physiopathology of Obesity and Nutrition, presented her support for moderate wine consumption at “Wine and Weight Management: Is It Possible?” a virtual event hosted by wine advocacy group Wine in Moderation.

In a recent interview with Wine Spectator, Lamuela-Raventos explained the prevailing evidence that moderate wine consumption may benefit heart health and how recent findings have informed her theory that wine can help burn extra calories and promote weight loss.

One piece of cardiovascular research Lamuela-Raventos drew on was a 2015 paper published in the British Journal of Nutrition, which showed support for the Mediterranean diet’s believed benefits for cardiovascular health. The observational study analyzed data from the large-scale Prevención con Dieta Mediterránea (PREDIMED) trial, which included 7,500 Spanish participants observed between 2003 and 2011 to study the long-term effects of the Mediterranean diet.

Researchers found that moderate red wine intake was associated with a decreased prevalence of metabolic syndrome (a group of conditions that increase the risk of heart disease, stroke and diabetes), mainly by reducing the risk of having an abnormal waist circumference, high blood pressure and cholesterol. A separate 2016 study from Brazil also showed that drinking wine with meals was related to a lower prevalence of metabolic syndrome, and that drinking beer was associated with a greater prevalence.

But Lamuela-Raventos also used the results of the PREDIMED trial to highlight what she thinks is the biggest misconception in wine: “empty calories,” that is, that wine contains little to no nutritional value. With growing obesity rates and the misconstrued idea of “empty calories” in wine, Lamuela-Raventos says certain diets have pushed the alcoholic beverage out of weight-loss plans, which is a mistake.

“It is true that calories mainly come from ethanol, however, wine is a rich source of potassium, and it also contains other minerals and is one of the main sources of polyphenols in the Mediterranean diet,” said Lamuela-Raventos, in an email. “[One glass of wine] contains approximately 125 calories per serving, however, people are not considering that wine may counteract these calories burning them, due to the polyphenolic content.”

How do polyphenols burn calories?

One of the mechanisms that helps support weight loss is thermogenesis, or the thermogenic effect. It is a metabolic process by which humans burn calories in order to generate heat. Lamuela-Raventos argues that it happens when we drink wine during meals. She suggests polyphenols such as resveratrol help the body increase the amount of brown tissue, which is a type of body fat that turns food into heat and helps wine drinkers burn more calories.

“We observed that when you drink red wine in moderation, during meals, you are not adding more weight or abdominal fat,” Lamuela-Raventos said. “[Polyphenol] compounds seem to be responsible for this weight-control health effect. They have also been shown to improve microbiota and increase thermogenesis.”

According to Lamuela-Raventos, red wine contains more polyphenols than any other alcoholic drink, at 200mg per 5-ounce glass. Her findings based on the PREDIMED trial and other related studies suggest that participants in the moderate intake category (one glass a day for women, two for men) benefited from lower body mass index (BMI) and decreased heart rate, and she thinks it may be the result of red wine’s antioxidants, which also have a prebiotic effect that betters gastrointestinal health.

What’s the next step?

Due to the nature of observational studies and the fact that the findings were based on Spanish populations only, Lamuela-Raventos says she cannot extrapolate these results to all wine drinkers. But she recently submitted new research to be published soon, which uses tartaric acid as a biomarker to track wine consumption in a group of 215 post-menopausal women.

Using tartaric acid as a biomarker is more accurate than asking subjects about wine consumption with a questionnaire. There are 600mg of tartaric acid in a typical glass of wine and it can easily be isolated in urine samples. The difference in intensity of the biomarker between a wine consumer and non-consumer is also very high, plus, volunteers don’t have to remember how much wine they had last week. Lamuela-Raventos concludes that biomarkers coupled with nutritional intervention trials (seeing the effects of wine in a lab setting) can develop more accurate results to evaluate the relationship between wine consumption and body weight.

Lamuela-Raventos chose to study post-menopausal women because menopause causes an increase in fat around the belly and it could shed more light on a high-cardiovascular-risk group. Although the results have yet to be published, she says that volunteers who consumed wine had no increase in BMI, weight or waist circumference.

Want to learn more about how wine can be part of a healthy lifestyle? Sign up for Wine Spectator‘s free Wine & Healthy Living e-mail newsletter and get the latest health news, feel-good recipes, wellness tips and more delivered straight to your inbox every other week!