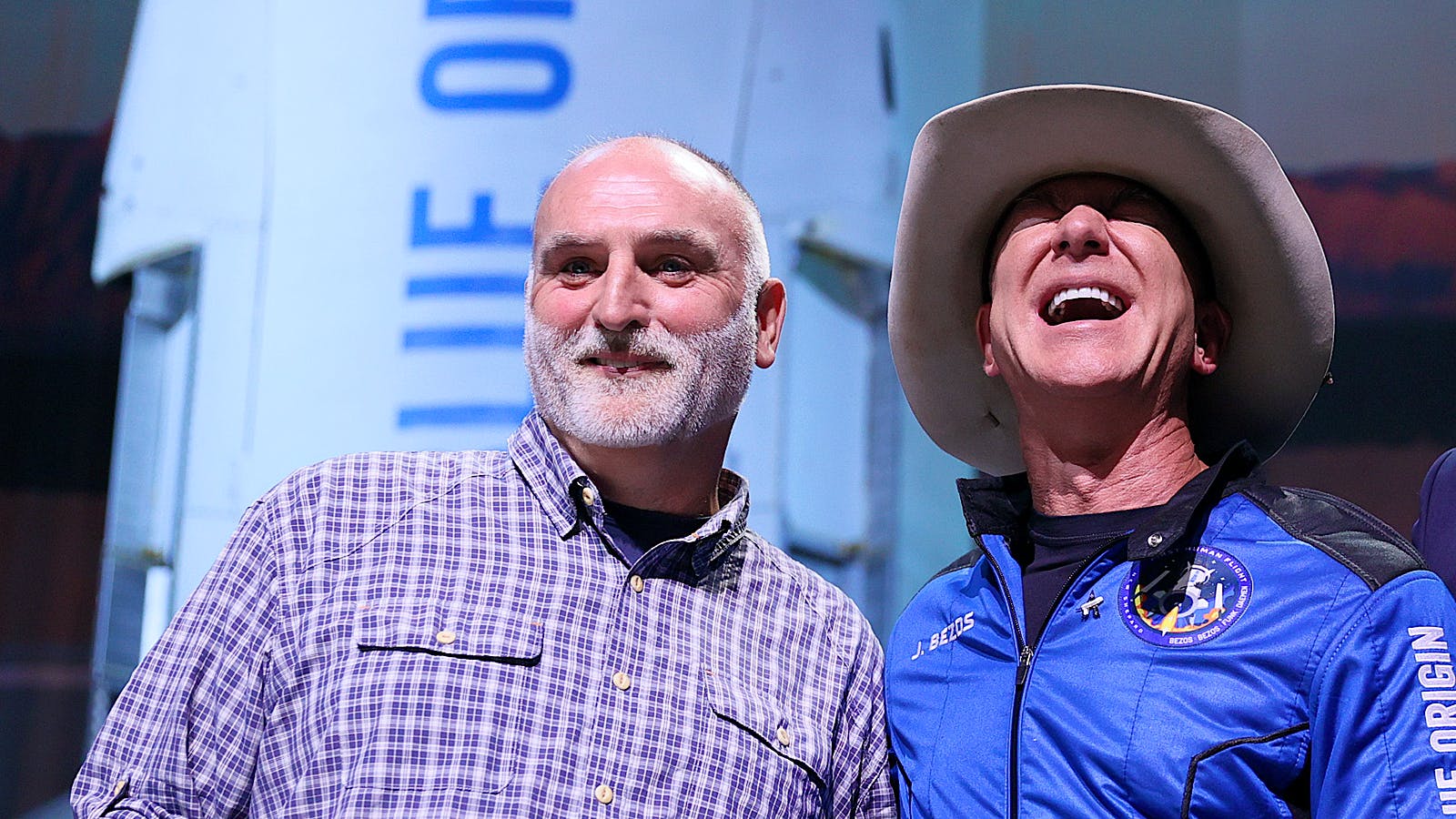 After an 11-minute space flight that took him 66.5 miles above the earth, Jeff Bezos tried to improve life on the planet below. At the end of a press conference following his flight on the Blue Origin New Shepard rocket, Bezos announced a $100 million award to José Andrés, renowned chef and co-founder of World Central Kitchen, a nonprofit that helps feed and support people in disaster-stricken areas around the world.

“I’m really grateful for this award, and the incredible support from Jeff and the entire Bezos family,” said Andrés in a statement. “World Central Kitchen was born from the simple idea that food has the power to create a better world. A plate of food is a plate of hope. It’s the fastest way to rebuild lives and communities.”

The prize is part of a newly created Courage and Civility Award that recognizes people who are working on solutions to global issues. Bezos also awarded $100 million to Van Jones, a CNN contributor and founder of Dream Corps.

Andrés, now a U.S. citizen, cooks at a high level of sophistication in the more than 30 restaurants he owns and runs with his ThinkFoodGroup. He founded WCK to respond to the earthquake that shattered Haiti in 2010. The organization earned global attention for its work in Puerto Rico, where it served more than 4 million meals after Hurricane Maria devastated the island in 2017. It has launched feeding missions in 13 countries, serving some 15 million meals and corralling more than 45,000 volunteers. Most recently, WCK team members have been helping flood victims in Germany.

“I’m just a cook,” Andrés told Wine Spectator earlier this year. “But cooks know how to feed people. Our goal is to address the blind spots in the system. We are serving health care providers, hospitals and nursing homes, police, firefighters and National Guard troops, along with unemployed people, hungry families and the homeless.”

Accepting the award from Bezos today, Andrés said the money will help WCK expand its mission, from responding to disasters to tackling systemic hunger. He said he wanted to see food aid around the world double and to change the way 3 billion people cook their food, noting that the pandemic and climate changes have left many people in hunger.

“We will be there with our boots on the ground when disaster strikes,” Andrés said. “But we will shoot for the stars, fighting hunger and the causes of hunger.”