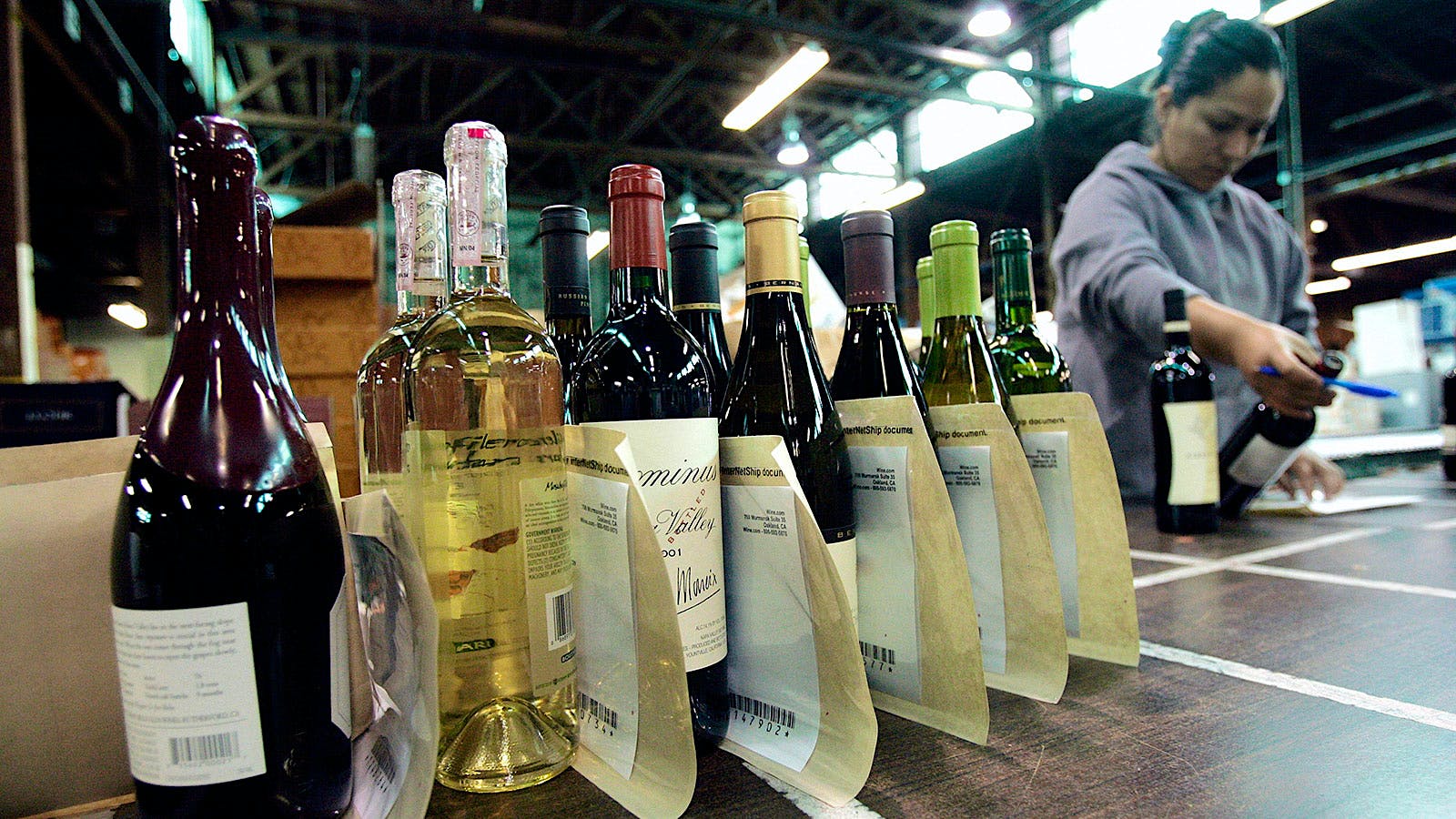 U.S. mail carriers have not been allowed to deliver a bottle of wine since a 1909 law banned shipping alcohol in the mail. But 19 members of Congress, led by Reps. Jackie Speier of California and Dan Newhouse of Washington, introduced the USPS Shipping Equity Act on May 17 to end that ban. Companion legislation has been introduced by Sen. Jeff Merkley of Oregon. “The landscape has radically changed over the course of the [COVID-19] pandemic,” said Speier, who has previously introduced three other versions of the bill. “The time to [repeal] this Prohibition-era ban is long overdue.”

Wine’s growing base of online shoppers would benefit from a new route for direct-to-consumer shipments. Speier points out that e-commerce sales have grown significantly; industry analyst IWSR found that the value of U.S. alcohol e-commerce grew 42 percent in 2020, and predicts that the U.S. will become the world’s largest digital alcohol market by 2022. Speier adds that U.S. wineries directly shipped 8.4 million cases of wine to consumers in 2020, a 27 percent increase over the previous year.

“This is a common-sense piece of legislation,” said Newhouse, an agricultural scientist when he’s not on Capitol Hill. “For consumers, it provides yet another pathway to receiving wine.” This would be especially helpful for consumers in areas unserved by private shippers like UPS and FedEx.

The law allows any “covered entity” to ship with USPS, meaning alcohol producers as well as wholesalers, distributors, importers and retailers (where retail shipping is allowed), if they are approved by the Secretary of the Treasury.

Tom Wark, executive director of the National Association of Wine Retailers, which favors retailer direct shipping, believes that if the bill passes it would be an acknowledgement that consumers approve of interstate shipping, which gives them access to a wider selection of new products. “If FedEx and UPS can successfully facilitate this form of product distribution, so can the United States Postal Service,” he said. “And it should be allowed to.” Michael Kaiser, vice president of government affairs for trade organization WineAmerica, posits that the bill might even help the push to open more states to retailer shipping.

The bill could be a win for wineries, breweries and distilleries as well, especially smaller producers that rely on direct orders, and those that have lost revenue after shutting down profitable events and tours during the pandemic. Notably, the bill’s three primary sponsors represent alcohol-producing regions. “You’d be hard-pressed to find an individual who does not believe in supporting small, local businesses,” said Newhouse, “Increasing market access for these local businesses will enable them to continue to invest in our communities, benefiting all.”

Speier says for her state, which shipped 275.6 million cases of wine in 2019, the additional shipping option could be a gamechanger for producers. Not only would they increase their reach and ability to meet growing demand, but they may be able to save money at the same time. “[The bill] offers producers, many of whom are in rural areas without access to private carriers, the opportunity to reach adult consumers that may currently be unable to purchase the product locally,” said the congresswoman.

USPS has been unable to take advantage of alcohol’s e-commerce boom, and it was reportedly $160 billion in debt in 2020. Offering it a new source of income would, in Wark’s view, be the bill’s main impact. Lisa Hawkins, senior vice president at the Distilled Spirits Council of the United States (DISCUS), estimates the bill could supply USPS with an additional $180 million in annual revenue.

But the post office doesn’t get to make that decision. “Congress would need to change through legislation,” said Martha Johnson, a USPS public relations representative. “Legislation has been introduced in this Congress and in previous Congresses, but has not advanced either as a stand-alone bill or as part of broader reform.”

The latest bill has faced criticism from wholesalers, who are likely unenthusiastic about increasing direct shipping. Michelle Korsmo, CEO and president of trade organization Wine & Spirits Wholesalers of America (WSWA), disagrees that the bill would be a boon for USPS, and predicts it would increase costs for the agency. She is also concerned that it would weaken the 21st amendment and hamper the efforts of organizations working to prevent underage alcohol consumption.

The bill does attempt to address such concerns, however. It includes a preemption clause to prevent state laws from being defanged, and it requires that state and local regulations apply to USPS shipments. The bill also mandates that delivery recipients be at least 21 years of age and able to show valid identification, giving USPS two years to generate necessary regulations on ID checks and state law compliance. “The Postal Service is already well-equipped to deliver highly regulated goods,” said Speier, “The bill will do nothing to impact state and local laws …. If you live in a state that currently prohibits the shipment of wine, beer or distilled spirits, the passage of the bill will not change that.”

Hawkins sees USPS shipping as a potential complement to alcohol distribution’s three-tier system, which she believes has already been demonstrated by the wine industry’s two decades of direct shipping. And Kaiser dismisses any claims that the bill would hurt wholesale business, as there isn’t significant overlap of wines shipped by wholesalers and by wineries (wine club–exclusive wines, for instance).

“This time the introduction of the bill feels a bit different,” said Kaiser. “There is an appetite for postal reform after last year,” referring to controversial moves to reduce USPS service in order to cut costs.

The USPS Shipping Equity Act has been referred to the House Committee on Oversight and Reform. Both Speier and Newhouse indicate that they will reintroduce the legislation if it dies. Newhouse says that he has had encouraging conversations with his colleagues in the House and Senate. But time will tell if this fourth attempt is successful.

“Every American business deserves the same access to the services they need to get their products to their customers,” said Merkley. “And all of our communities have a vested interest in making sure the USPS thrives.”