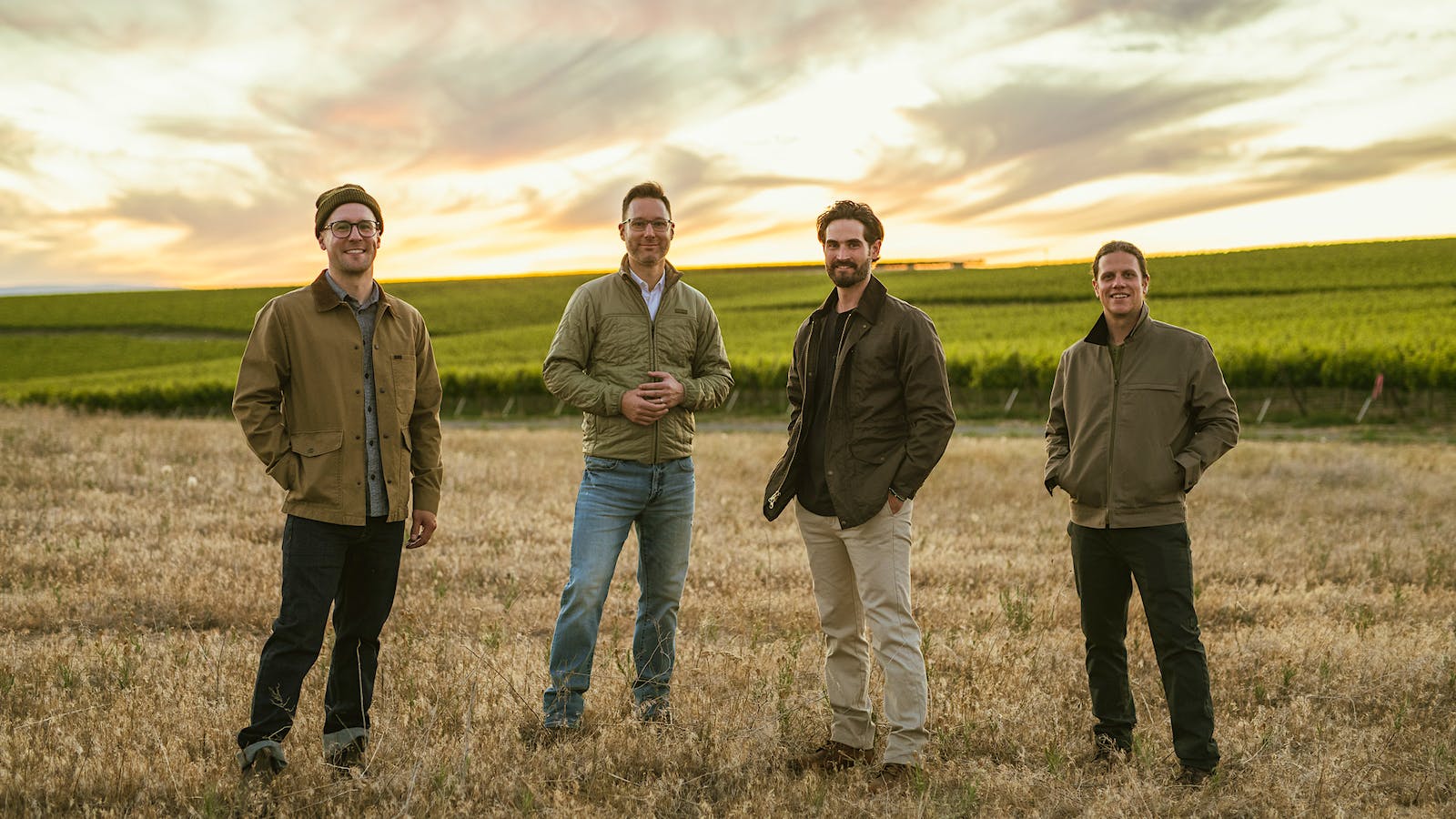 There’s nothing unusual about a winemaker changing jobs, but what happens when an entire winemaking team jumps ship to another winery? That’s just what happened in Washington wine country this week. Three winemakers from Quilceda Creek, the state’s most elite Cabernet producer, were lured away by Matthews Winery.

There will be gossip aplenty in the Washington wine industry about what precisely played out but, if there’s any ill will among the wineries and the winemakers, they aren’t showing it. Alex Stewart is the lead winemaker of the team, and he worked with Quilceda Creek for 17 years, 12 of those full time. His two assistant winemakers, Hal Iverson and Jesse Schmidt, had more than 10 years in that cellar.

Matthews owner Bryan Otis and Stewart are longtime friends and often talked about working together. “Everything just fell into place in the past few months,” Otis says. As for the rarity of a team of winemakers leaving in unison, Otis put it this way, “It’s like a sports team. They work best together.”

Paul Golitzin, president and director of winemaking of Quilceda Creek, said, “It has been a wonderful experience for me to mentor them. Alex, Jesse and Hal were all very young when they started working with Quilceda Creek, and we’ve had a good run together. They started out helping with harvest and moved their way up in production over the years. They were ready for something new.”

For his part, Stewart is looking forward to more creative freedom as a winemaker. “It’s not a reset, but just an opportunity to show Matthews fans what we can do with the fruit,” Stewart said. “Let’s strip away that ego and bring the best you can to the vines.”

If you don’t follow Washington wine, here’s a little background. Few wineries have been as single-minded about Cabernet Sauvignon as Quilceda Creek since its first vintage in 1979. Its flagship Columbia Valley Cabernet is revered among wine lovers. The 2012 was Wine Spectator’s No. 2 wine in the Top 10 Wines of 2015. Even a relatively new addition to the portfolio, Quilceda Creek CVR Columbia Valley 2017, scored 94 points on Wine Spectator’s 100-point scale. For $70, at that quality level, it’s a steal.

Founded in 1993, Matthews was acquired in 2008 by Otis, who worked on making vineyard and cellar improvements. Now he believes the trio of winemakers will take the winery to the next level. “An opportunity like this to work with Alex and his team,” Otis says, “doesn’t come around very often.”