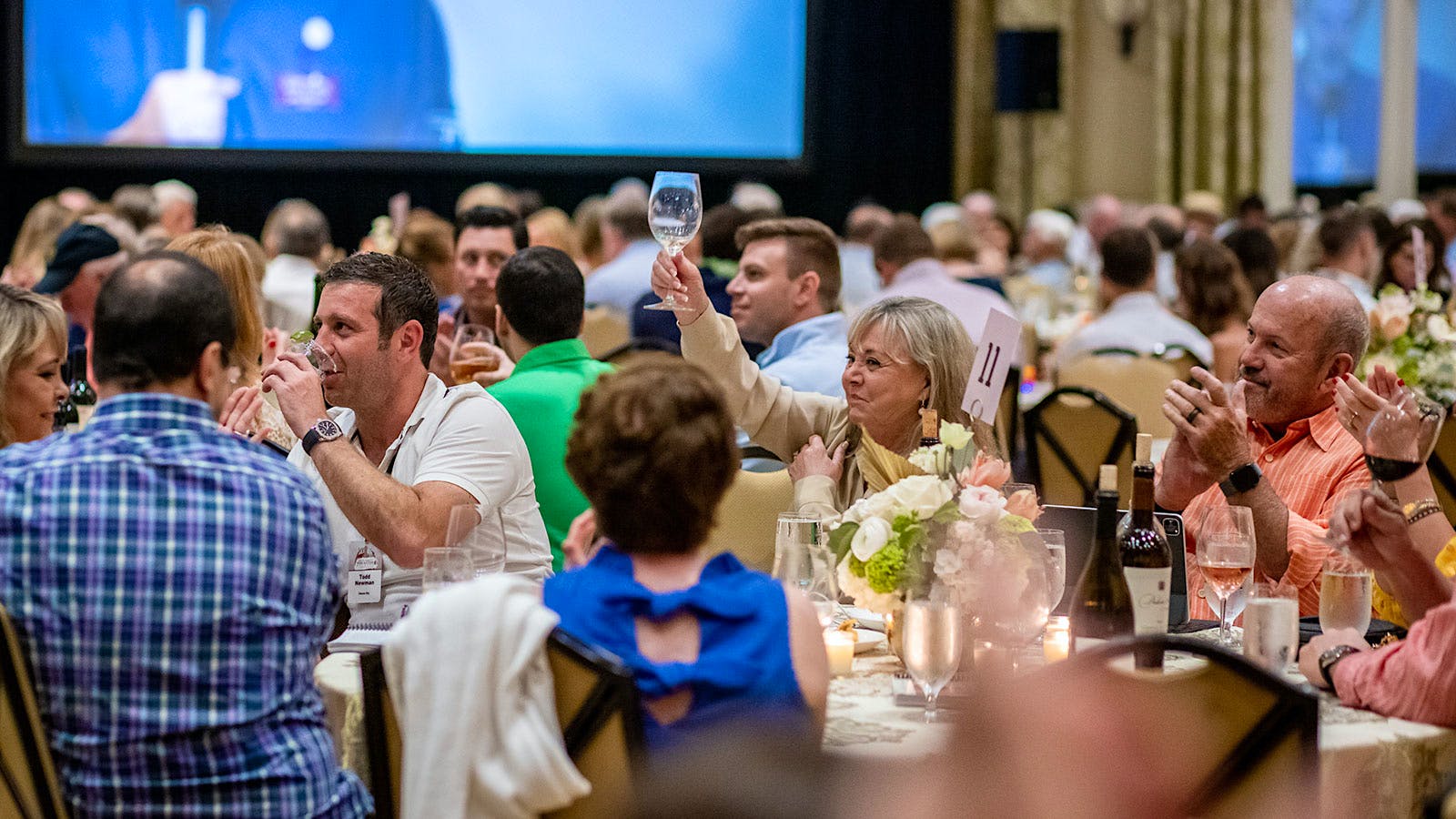 The Destin Charity Wine Auction made a strong comeback following an uncertain year for live events, raising more than $2 million for 16 local children’s charities. Organizers refocused their efforts by introducing a hybrid model that combined in-person events with virtual auctions, and it paid off by raising nearly $700,000 more than last year’s $1.35 million.

The 16th annual main auction was held April 24 and raised $1.4 million in live bids. The event offered tiered ticket packages ranging from at-home experiences to fully in-person patron dinners and live-auction watch parties at Henderson Beach Resort and the Churchill Oaks clubhouse, which were capped at 250 guests. The live auction was led by new auctioneer DawnMarie Kotsonis, and streamed from an off-site studio location at the Hilton Sandestin. For the second year in a row, the top lot sold for more than $100,000.

“We find the most success in a healthy mix of both wine and experiential lots,” auction president John Russell told Wine Spectator via email. “Over the years, our lots have evolved in ways that make them more exclusive and unique to our buyers.”

Russell added among the 42 live lots were packages including private airfare and a larger selection of domestic destinations than ever before, along with longer expiration dates for international lots.

Top lots from the live auction included “Magnum Force,” a collection of 50 magnums from wineries including Silver Oak, Paul Hobbs, Caymus and Joseph Phelps, which sold for $55,000. Other top lots included a private round trip for four couples to a private island in the Bahamas ($105,000), a seven-day trip to South Africa wine country ($50,000) and a wine-centric stay at a Tuscan estate, which sold three times for a total of $102,000.

“The generosity of our patrons, despite the endurance of the pandemic, is truly inspiring,” Russell said. “Knowing that we have been able to support children in need in spite of the challenges presented in the last year is both humbling and incredibly rewarding.”

Want to get the latest news on collectible wines and the auction market? Sign up for Wine Spectator‘s free Collecting e-mail newsletter and get a new top-rated wine review, collecting Q&As and more, delivered straight to your inbox every other week!